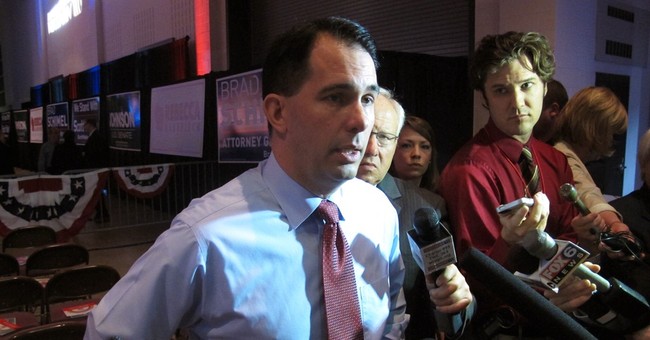 Wisconsin Governor Scott Walker, an expected GOP presidential candidate, drew the ire of the political right and left recently over his comments on immigration. When it comes to the immigration issue, Republicans are expected to use the tried and true, consultant tested “secure the border” talking point and move on to other issues.

Gov. Walker, like former US Senator, Rick Santorum, has taken things further than just a discussion of illegal immigration. They have dared to discuss the impact of legal immigration on American workers. Like most Republicans, I’m still undecided about the Presidential field. But I have an enormous amount of respect for these guys and what they have done as they campaign. I applaud their statements on immigration and their willingness to go against the status quo on immigration.

What radical proposal could have inspired attacks from liberal media outlets like MSNBC, Mother Jones magazine and the Huffington Post as well as The Wall Street Journal and establishment Republicans such as Senators Sen. John McCain (R-AZ) and Sen. Orrin Hatch (R-UT) and ?

"In terms of legal immigration, how we need to approach that going forward is saying -- the next president and the next Congress need to make decisions about a legal immigration system that’s based on, first and foremost, on protecting American workers and American wages,” stated Governor Walker during an interview with Glenn Beck.

According to the elites, an immigration system "based, first and foremost, on protecting American workers and American wages" is unacceptable. But how does this resonate with voters?

According to a poll last week at Evangelicals for Biblical Immigration, evangelical voters, a key voting bloc in the early Republican primary states, prefer an immigration policy that gives priority to American workers.

By a 4-1 margin, evangelicals "strongly supported" (rather than “strongly opposed”) a statement that legal immigration should be cut because "the priority for U.S. immigration policy should be to protect American workers and their wages."

An Inspirational Journey from Self-Doubter to Home School Advocate

Was your child's school year a resounding success? If not, there's another, better option...